Picking it up this week with a meal from Armenia for the Feast of Saint Vartan. I had a hard time picking what to make this week because everything looked so yummy. A few things were naturally vegan, and mostly everything was easily veganized with a few small adjustments. 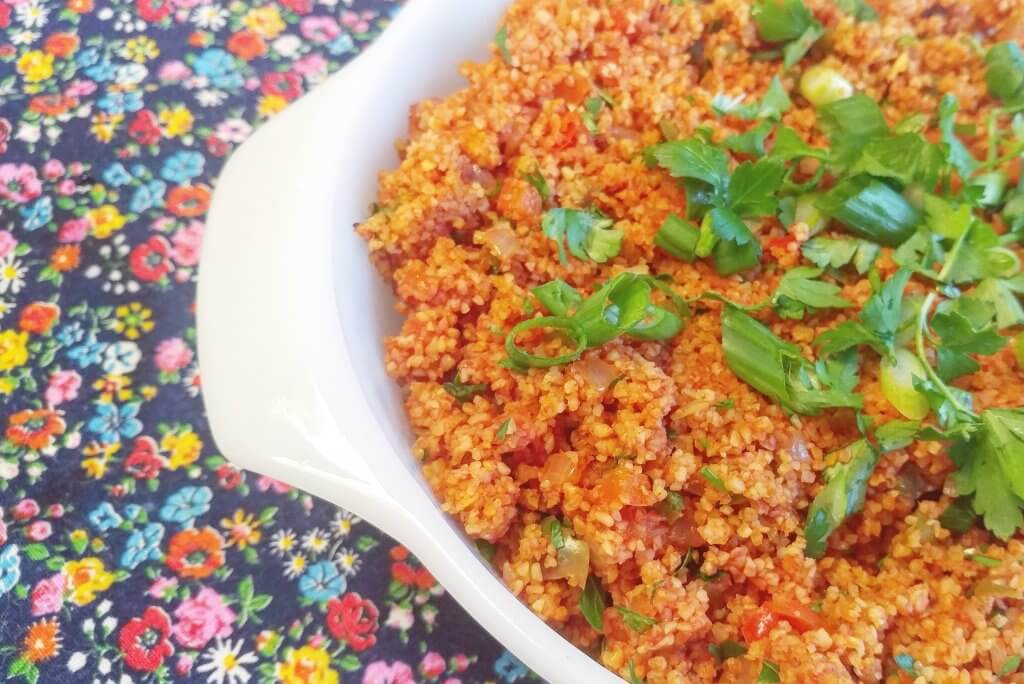 I ended up making three things this week because I just happened to have a lot of the ingredients already in my pantry. For this recipe I had parsley, bulgar and tomato paste, so I tossed this one together. I found a few recipes, but went with this one from Genius Kitchen. I really enjoyed this dish. I would happily make this as a side item for a random potluck, and just may one day, since I still have a ton of Bulgar still from I think our Turkish dinner party.

The Armenian Pizza! Usually this is made with fresh dough that is flattened thin like a cracker for a crispy crust, but I still refuse to make anything with dough, so I went out and got a raw pizza dough from the market. After reading more recipes I found that most shortcuts involved using a flour tortilla, so I went with that instead. I did a test run before our guests arrived and ended up making two more and snacking on them. They were really good, and, as I later found out, taste amazing cold out of the fridge while you are standing there with the door open. So these pizzas are usually made with lambs, but since I think lambs are just too sweet to eat, I choose soy crumbles instead. The crumbles I use are pretty flavorless, so I added a bit of vegan Worcestershire sauce, fennel seeds and thyme to give them a meatier flavor. The rest is pretty much naturally vegan, bell peppers, onion, parsley, tomatoes, tomato paste, cumin. Blend it all up, smother the mix on the tortillas, and cook for about 10-12 minutes until crispy and perfect. I really enjoyed these. They were a fresh and healthy snack, and since they didn’t even come with cheese to begin with, felt really close to the real thing. I’ll make a little recipe for it since I pretty much made it up….Click here for it. 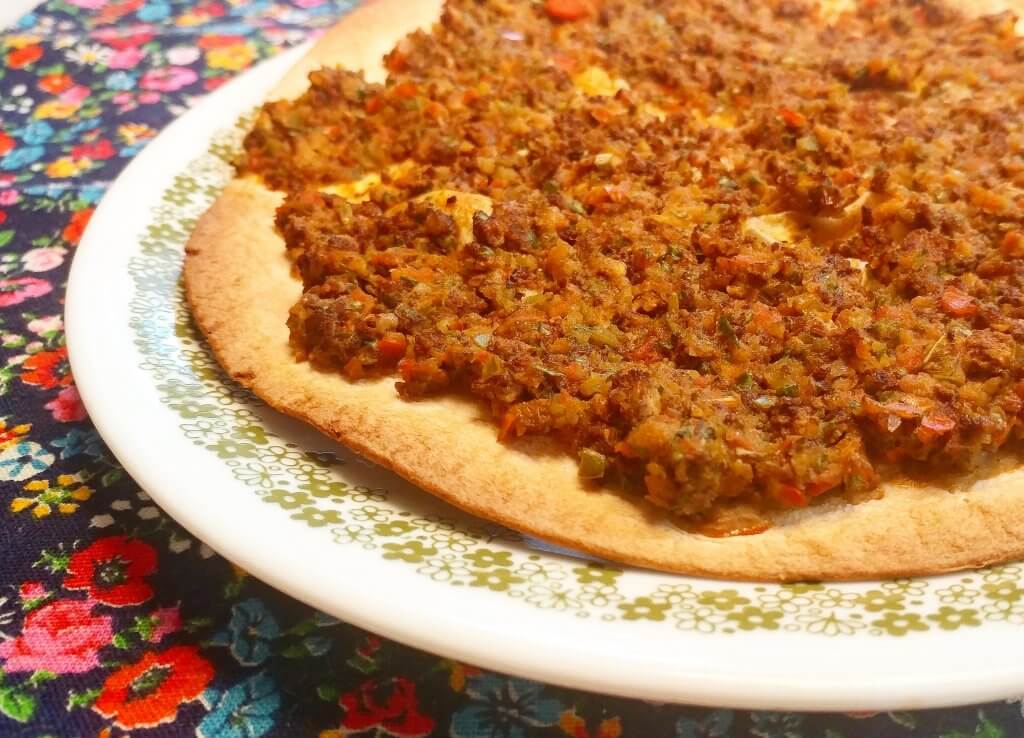 Another thing I just had a lot of stuff for. I’ve got a emergency food bin that I clear out every 6 months so nothing parishes in there. I had bought some cans of potatoes, which I have never in my life ate, but thought they’d be the perfect emergency food. Well here I am with 4 cans of potatoes and not a clue what to do with them. This salad sounded like a good way to experiment with these canned spuds. It worked out! I got lots of compliments on my perfect white potatoes. This simple potato salad was made with a mix of lemon juice and oil, parsley, bell peppers, onion and a little salt and pepper.

I was planning on making this Eggplant Casserole bc of the great reviews and to have a good main dish offering. Just before I added it to my shopping list I got a message from Abby that she was making it…perfect! That left me more room to make the pizzas! She got this one from Genius Kitchen as well, and I noticed on the reviews that people said the sour cream made the dish. Orlando apparently is going through a Tofutti Better Than Sour Cream shortage, so I whipped up some Oh She Glows Sour Cream and it was amazing! Really easy to make and wonderful flavor. I also like that it is just a bunch of food, whereas the Tofutti stuff has loads of ingredients. Loved this one too, really impossible to pick a favorite this week! As with the pizza, the leftovers were scrumptious.

Angela made us this soul warming batch of Shakshouka. Her inspiration recipe was from Diet Taste. I am not sure everything she did to alter it. I am pretty sure the egg is tofu, and I know she added some extra cayenne up in there. It had the perfect amount of heat. Just spicy enough to be addicting. Looking forward to the leftovers, which I will be consuming this evening.

Danielle threw together this lovely salad. Large chunks of tomato and cucumber, with fresh parsley. It was fresh and tasty!

Well that’s all folks, below is the recipe for the pizza, and we’ll see you again next week where we’ll be munching on Singapore dishes.

A quick shortcut vegan version of a classic Armenian pizza.